Move to the text

You can enjoy the emotion of the island that you cannot sense bodily by the sightseeing tour!

You spend time a little, and, at time around the main sightseeing spot of the Goto, do you not look for a good point of the deep Goto not a run?
The author of "the Goto knowledge on a wide variety of subjects encyclopedia" guides you.
About history, culture, a festival, geo-life, overall Goto.
Please make a reservation in advance.

①I observe a castle and the bailey garden and take a walk
②Goto castle town walk
③Light trekking of the Mt. ogre (via mountaintop 315m)
④Life of the lava utilization of Tomie
⑤I go around miniature mountain Island floating in Tamanoura Bay by a chartered ship
⑥I dye a silk scarf using the seasonal trees and plants

The highlight of each course

(course, the time required) a castle last in the Ishida Castle (prefectural designated historic spot) - Edo era. Japan's Top 100 Castles and Goto feeling character sequel to are pond gardens
(natural beauty spot of the country). Three hours, movement is foot.
(guide charges) 2,000 yen, five or more are 500 yen for one to four people for one hour for one hour.
(others) The pond has a closed day by a day, and a heart character shows around the history museum then.
(entering a building charges) A heart character is a pond garden, the museum pivot.
(meeting place) after in front of sightseeing history museum or consultation

Megane-bashi Bridge in the Ishida Castle 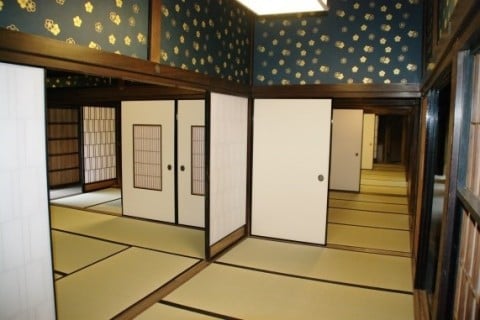 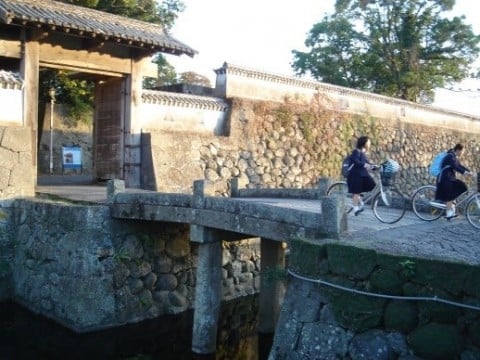 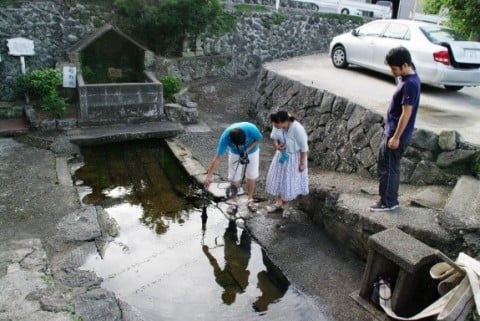 ③Light trekking of the Mt. ogre (via mountaintop 315m)

(course, the time required) while seeing a sea and an eruption way of speaking of the magnificent East China Sea from side to side; in a grassy plain along a ridge
Walk. Here and there as for the cinder. The sukoria hill of the Fukue volcanic group. Around two hours
(guide charges) is 2,000 yen to four people for one hour. Five or more are 500 yen for one for one hour.
(meeting place) Mt. ogre parking lot (is a car from Fukue port, airport about ten minutes). I talk about the walk from the town 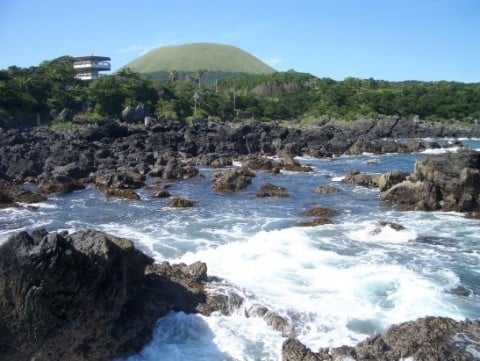 Mt. ogre who saw it from the stirrup shallows lava shore 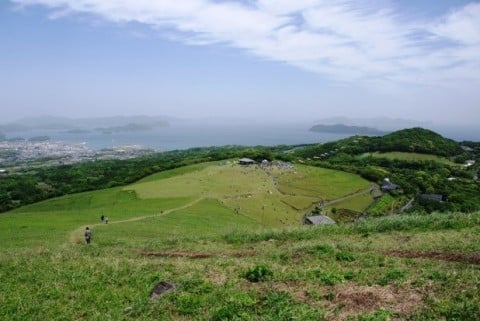 I view the northern part of Goto Islands near Mt. ogre top

④Life of the lava utilization of Tomie

(course, the time required) soft lava made a peninsula with an explosion of Kariyama, and only utilized the rock wonderfully
Life still remains.
Japanese pirates perception next castle, kankoro shelf, stone storehouse, lava tunnel, suke fishing,
A Japanese yen field (maruhata). A car is necessary. About three hours
(guide charges) is 2,000 yen to four people for one hour. Five or more are 500 yen for one for one hour.
(meeting place) talk in Goto-shi Tomie branch ago or Fukue 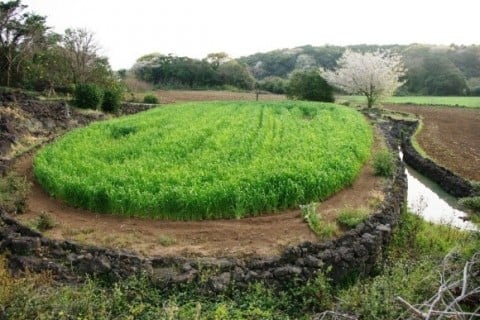 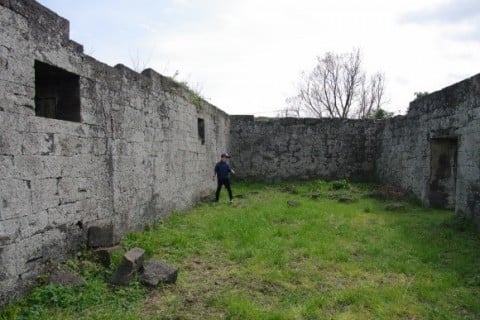 Stone storehouse (roof loss) of the Edo era made precisely

(course, the time required) with the east bank of the geo-site proposed site of the dynamic cliff of the Goto formation,
The explanation of the shoreline of the east side imagining the working of the past person. A nap is ura lagoon.
The scenery of the Koura shore, Mt. seven distant view. There are the bluefin tuna culture fish preserves, too.
2-3 hours degree
(rate) To ten people 1 voyage 50,000 yen (with the guide)
(others) I cannot go to the west coast at the time of stormy weather. I change the course.
(meeting place) Arakawa Port or Tamanora Port. Departure from Fukue is possible, too. 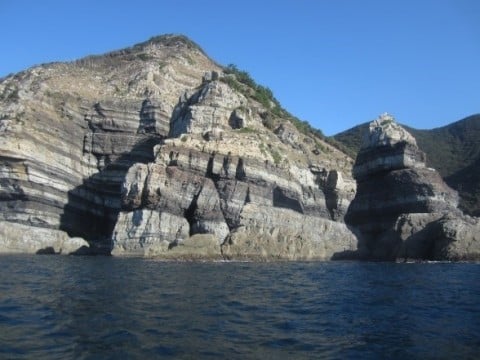 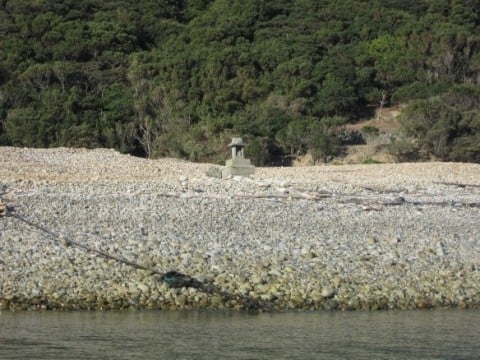 (course, the time required) the trees and plants of the seasonal Goto to materials (petal of the camellia, peel of a cherry tree, fruit, Alnus firma of the Clerodendron trichotomum
A fruit, the peel of an onion dye a scarf of) silk of this.
Depending on time as for the crop. From three hours to four hours
(rate) Instruction charges once (for dyeing until three about 2-3 time) 5,000 yen.
(others) A lot of including ... 170 centimeters length of the materials degree 45cm-width as for the silk scarf. Include glaze
One piece of one 1,500 yen - around 2,000 yen
(meeting place) the neighborhood of Fukue center of commerce. Venue consultation 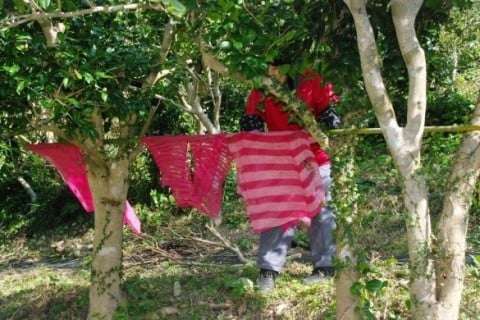 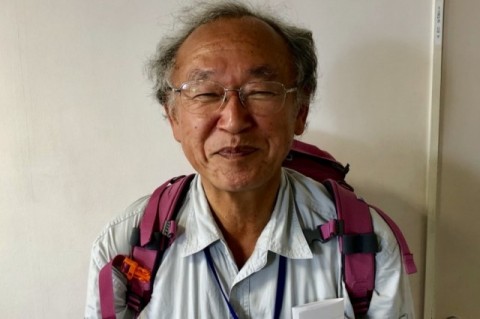 If it is information, history, culture, a camellia of the Goto, anything entrusts you!
I bred a cow, a pig on a large scale and developed a producer direct sales store and a beef bowl restaurant of the meat in Nagasaki in one's youth.
Work at the tourist association of the Goto afterwards 20 years, sunset marathon walked, and walked, and was engaged in the foundation such as West Japan meeting (the present, Goto two D march), Tsubaki Goto festival, the iron man Japan triathlon meeting (present, Brahman King).
From 2006, I launch area newspaper "Goto Courier" for seven years and issue it.
In addition, besides, I issue "Tsubaki Goto encyclopedia" "Goto knowledge on a wide variety of subjects dictionary" "dialect of the Goto for DVD" "nature of the Goto".
By camellia-related NPO corporation administration, I am performing felling and the maintenance of the mountain, camellia charcoal, a bamboo charcoal structure now.